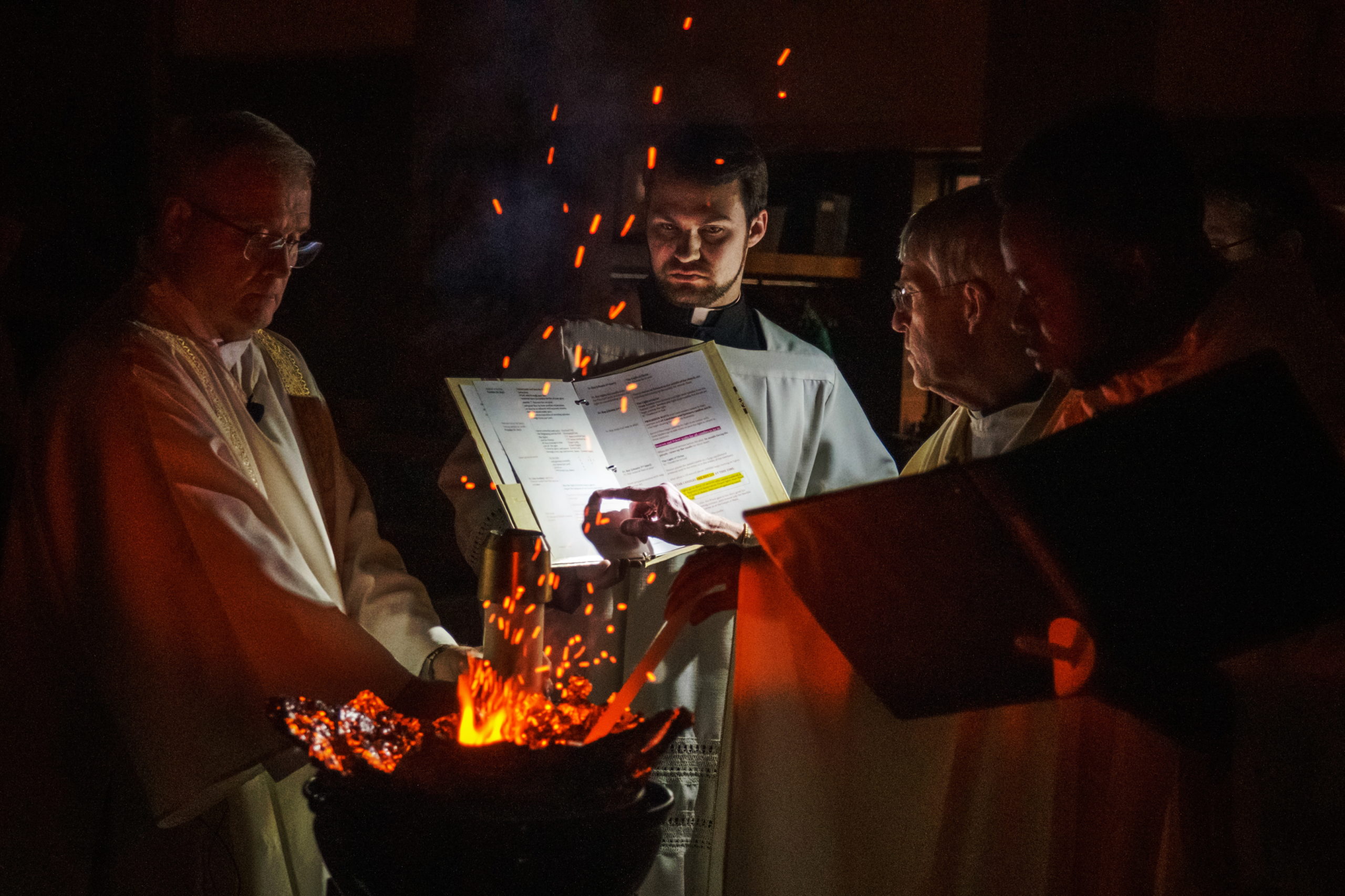 The parish was established on July 11, 1991, by Bishop William H. Bullock. The rapid growth of the area made the need for a new parish in West Des Moines very evident.

The first Mass of the new parish community was celebrated on Sunday, October 6, 1991, in the ballroom of what is now the West Des Moines Marriott.

Through the kindness of Dowling High School, the school’s auditorium became the temporary home for the worshipping community of St. Francis. Faith formation programs for youth and adults as well as many parish activities also were held in the Dowling facility. Mercy Hospital offered the use of office space in a building just east of the high school.

An intense planning process for building facilities for the parish began in January 1992. The parish developed a vision of program and service needs which were then developed into a master plan for facilities to meet those needs. The master plan was then broken out into three phases in order to accommodate the immediate needs of the growing parish while falling within the scope of the parish’s financial reach.

Ground was broken on October 3, 1993, and the completed Phase I facility was dedicated exactly one year later.

A Pre-School for three- and four-year-olds was opened in the fall of 1998.

A unique feature of the new church was the Peace Tower that was built primarily through the donations of the youth of the parish as a sign that the parish was building for the needs of future generations. In the floor at the base of the tower is a time capsule containing memorabilia and a book of names commemorating the parish youth whose gifts paid for the tower construction.

The first Mass in the new church was held on Saturday, August 27, 2000, with Bishop Joseph Charron presiding at the dedication for the Phase II additions. August 2000 also saw the opening of St. Francis of Assisi Catholic School.

Dedication for Phase III took place on Saturday, August 21, 2004, and Bishop Charron was again with us to bless our new additions.

The School completed its plan of having grades Kindergarten through Eight by the fall of 2006. Faith Formation classes continued to be full, and the Pre-School also was at capacity. Parish staff, committees and projects expanded at an equal pace.